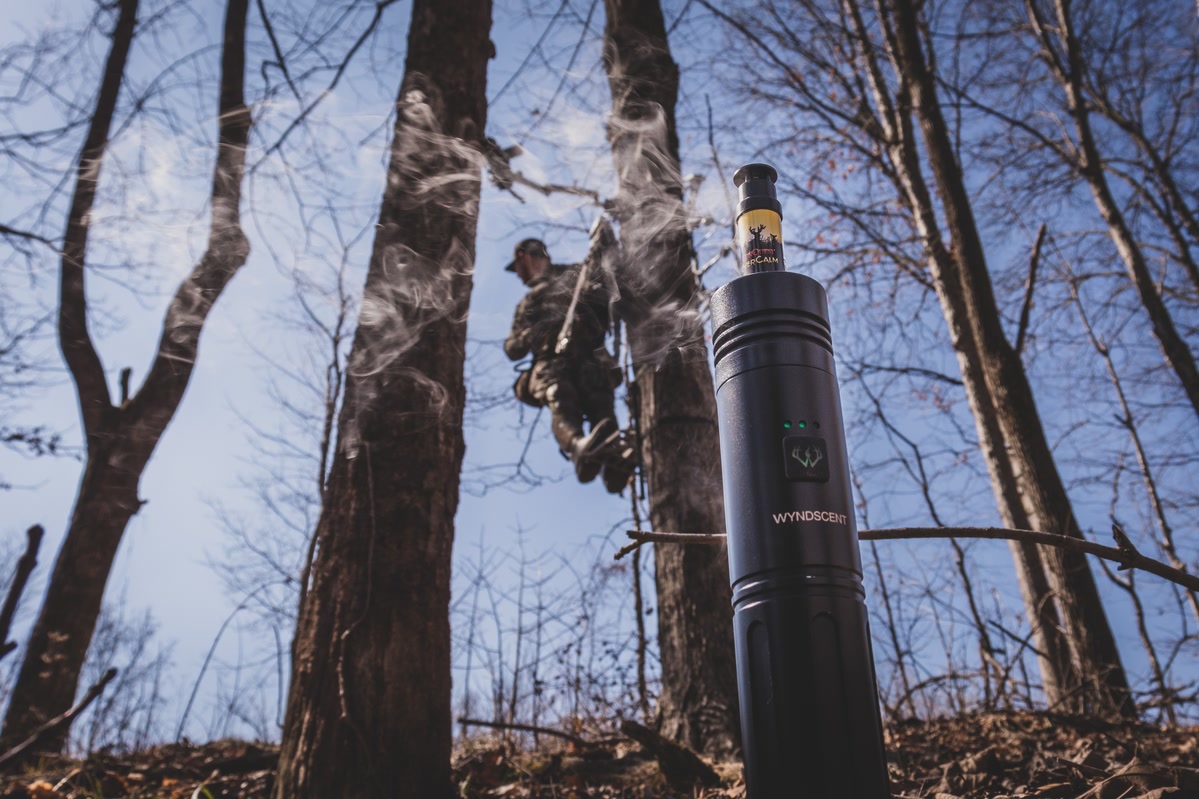 Using Scents should be a part of every whitetail hunters strategy, especially if you are a bowhunter. Getting that trophy buck within bow range can be tricky and you need every advantage possible if you hope to consistently harvest mature whitetails. The use of scents is one of those strategies that can tip the scale in your favor. As with every strategy, sometimes they work better in combination with other strategies. I want to talk about my overall scent strategy starting at the beginning of the season all the way to the end.

During the early season which starts September 15th here in Missouri, I tend to only use a cover scent. I have had a fair amount of success using EverCalm from ConQuest Scents. Evercalm is a bedding scent, a collection of scents and smells from actual bedding areas that will help keep deer at ease. I’ve also had luck using pine or acorn-based cover scent. The idea in the early season is to not alert deer that anything unusual is in the area. I want to get in and out completely undetected so I don’t push deer out of the area.

As the season heats up and we move into the pre-rut phase, my strategy changes drastically. I shift to an intruder buck or dominant buck scent. I want those hormone-enraged bucks to come find the intruder and kick him out of the area. This has been a very effective strategy for me over the years. I’ll typically bring along my rattling antlers, a grunt tube as well as a buck decoy. Through experiences and failures, I have found that sometimes scent alone will not get a mature buck to commit. He didn’t get to be mature by only following his nose. He’s smart enough to trust his nose, but he also looks and listens for confirmation before he’s willing to commit. If I have an intruder buck scent out during the pre-rut I will rattle at any bucks that I see from afar as well as blind rattling occasionally. You have to be careful blind rattling, there might already be a buck closing in and you can run a buck off if he catches on. A decoy has been a huge part of my success as a mature buck hunter. I’m a firm believer that with the use of a strategy that implements the right scent, the right amount of rattling, and a visual cue, those mature bucks feel compelled to commit, especially during the pre-rut. Those bucks are trying to establish and defend their territory and they will try and push out any intruders. I can only think of one buck on my wall that didn’t fall to either one or a combination of these three strategies.

Once the rut kicks into full swing, I switch over to a doe estrus scent and will either leave the decoy at home or set it up as a doe. I’ll try and position myself on travel routes and funnels. Bucks will have the does moving and they’ll typically take well-established trails or the path of least resistance. The use of a doe estrus scent in this setup might just slow that mature buck down long enough to get a shot at him. Keep in mind, these bucks have a one-track mind when the rut is hot and it’s nearly impossible to get their attention off that hot doe they are chasing. The hopes are you catch one that hasn’t already locked down with a doe and entice him to step into range.

Once the initial rut has slowed down, you can typically find those bucks out carb-loading in the fields. They have been running hard for the past couple of weeks and their bodies need to recover. I typically spend my time hunting field edges and I’m back to the strategy of being invisible, I’m only using a cover scent for the next few weeks.

It’s important to keep track of rut activity each season to hopefully identify the peak of the rut. If you know when the peak of the rut happened, you will know when to expect the secondary rut. Does have a 28-day estrus cycle, which means that if a doe isn’t bred during the rut, they will come back into estrus 28 days later. This presents another opportunity to catch up with that typically elusive mature buck. As the secondary rut approaches, I will switch back to a buck urine scent like Conquest Rutting Buck. I will also start using my buck decoy again. This time of year, the bucks are going to be a bit more cautious than they were during the first pre-rut, they have most likely survived an eventful gun season so they are well aware of the human intrusion into their domain. A decoy is a great way to force a hesitant buck to commit. There’s honestly nothing like watching a dominant buck stomp in and measure up a decoy, if you're lucky he will give you the shot opportunity you’ve been waiting for.

We’ve come a long way as hunters over the years and the hunting industry has continued to innovate and provide us with products that help tip the scale in our favor. When I first started using deer pee, I would use a 35mm film canister with some cotton in it to absorb the scent. Then I moved on to using scent wicks, then gel scents, aerosol-based scents. All of those are adequate ways of dispersing scents, however, Wyndscent has designed an even better way to dispense and disperse those scents. One of the drawbacks to typical scent dispersal is that it doesn’t necessarily provide a way to disperse scent into a large area. The Wyndscent unit has solved that problem by turning the scent into a vapor that can be carried by the wind. Vapor is neither heavier nor lighter than air, therefore it doesn’t fall to the ground or rise up out of usable range. It’s carried with the wind, effectively leaving a line of scent that any buck crossing will notice. You can place the Wyndscent unit on the ground, or hang it from a branch to help disperse the scent however you want. You can run the unit on a cycle or on-demand. You can use it to dispense a cover scent, an attractant, or a deer lure. It can be used all season long, you just change out the scent as your strategies shift. I know the Wyndscent unit has been a game-changer for me, give one a try and see if it makes you a better hunter as well. 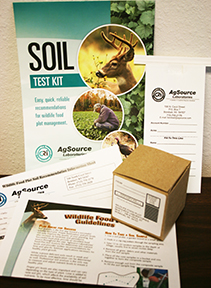 The Learn more details about the importance of wildlife foot plot here.importance of planning wildlife plots cannot be over emphasized. Get your soil test kit here today!

We have 7 guests and no members online